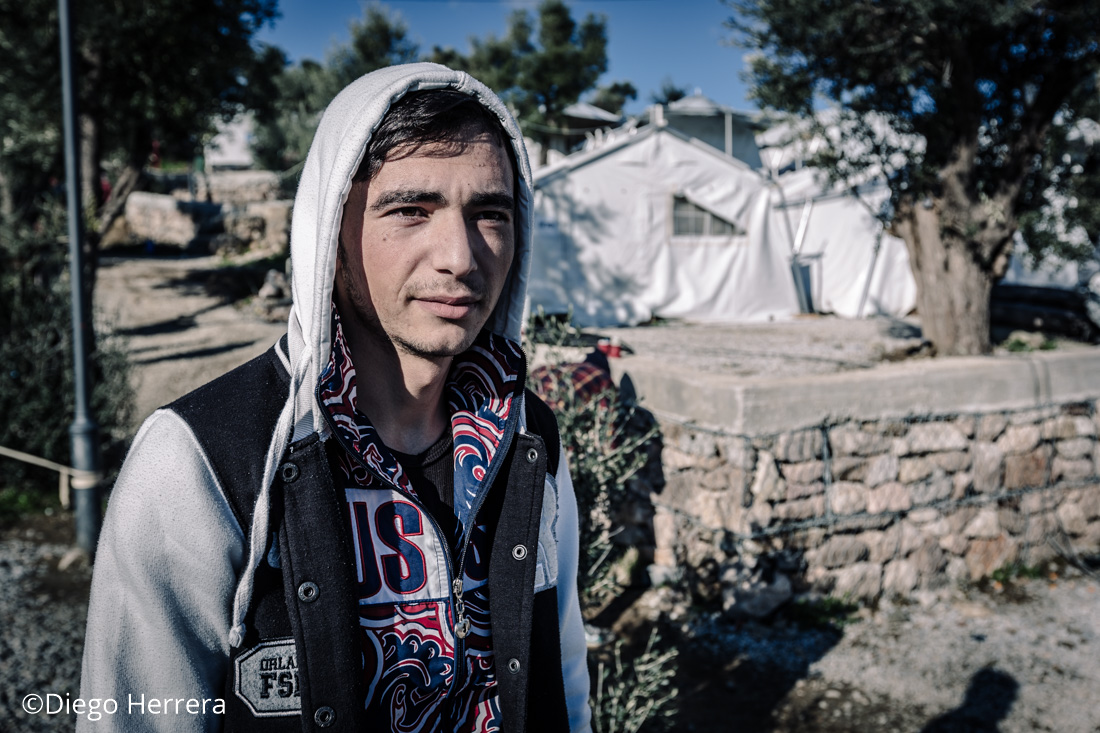 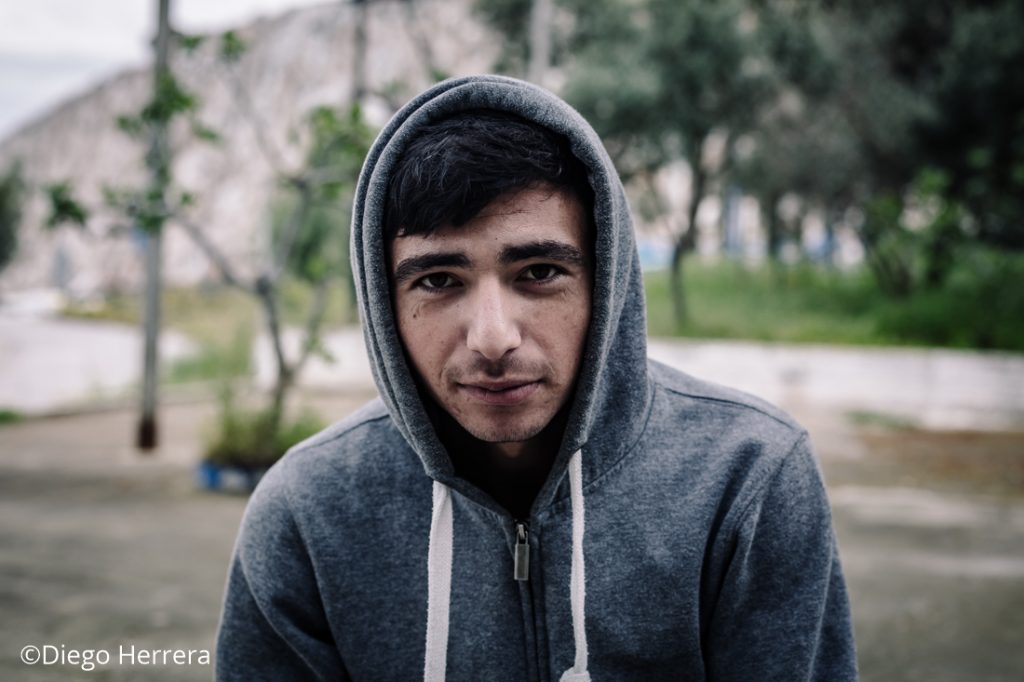 In the refugee camp of Skaramagas (Greece) we meet Basel, a 23 year old boy born in Afrin, city of Syrian Kurdistan, who left his country in 2017, when the war arrived in his city, leaving behind his family looking for a security and a dignified life he could not find in his hometown.

One of many stories hidden behind the fences of a refugee camp. A human story of one who has been deprived of a dignified life and who has suffered in his flesh the cruelty of  war like the Syrian war, which seems to have no end…

Question. How was your life in Afrin and what happened when the war in Syria broke out in 2012?

Reply. I studied up to grade 8 of basic education (Kurdish education system) at the Ibrahim Hanano school while working as a blacksmith in the summers. At the age of 15, due to my family situation and the fact that it was difficult for me to study, I decided to finalize my studies and I started to work continuously as a blacksmith. When the war started in 2012 my city, Afrin (Kurdistan-Syria), had no great relevance in the war so my life was not in danger until 2017 when it was invaded by the Turkish army, that was the moment I had to flee.

Q. How was the way to arrived Lesbos and what was the economic cost?

R. First of all to go from Syria to Turkey I personally had to pay 150€ (currently it costs about 2000€) to the mafia. It led me to cross to the Greek island of Lesbos during three months, hiding in a house with other members of my family so that the Turkish authorities wouldn’t catch me, because in Turkey Kurds we are very persecuted. I paid the mafia 550€ for that second trip to Lesbos (Greece), this time in a boat in which we went 60 men and women and 12 children. On this short trip of 10km I was very scared, the sea was rough and there were waves of about 5 meters of high.  In my head, there were only two options to die or live. When I arrived in Lesbos, I found a place I did not expect, an inhuman situation in the refugee camp of Moria. 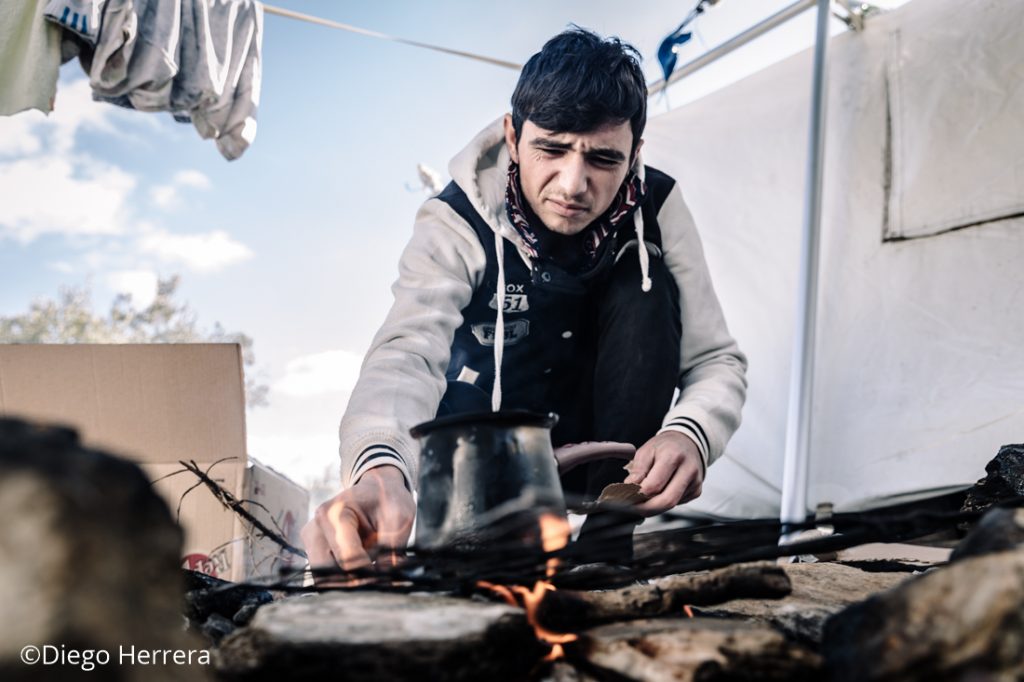 Basel, prepares a tea next to his tent in the refugee camp of Moria (Lesbos – Greece) / Diego Herrera

Q. Where is your family and how does it live?

R. My mother and my little brother are in a refugee camp between Aleppo and Afrin, the living conditions there are also bad, the camp has been flooded several times. We have two houses in Afrin but it is very hard not to be able to live there again because our city, Afrin, is occupied by Turkey and every day there is violence. I also have a sister living in Turkey.

My brother was fighting the Islamic State and the Turkish invasion, in the YPG, the popular militias that protect Kurdistan and this year he died in a traffic accident. The Turkish army caused it when it attacked the areas of eastern Syria.

My father died when Turkey attacked Afrin, he said he didn’t leave his house. When Turkey occupied the area where we had the house, it laid mines around the village and unfortunately, my father died when one of those mines ran into his way one day when he was going to do the shopping…

Q: How long have you been living in refugee camps and what situations have you encountered?

R. I have been living in refugee camps for 2 years and 1 month. Now I am in Skaramagas camp, the situation here is not bad, but my residency visa in Greece – after all this time – is still very far from obtaining it.

Previously I was in the Moria camp on the island of Lesbos (Greece). I was there for a year and four months until I got transferred to Athens. Life in the Moria camp was terrible, I lived in a tent, the food was very bad, we barely had electricity, we were cold, I had no hot water for the shower, we even took a shower in the street, there was no toilet… Although I had the company of my friends Mohamed and Abdo -also Kurds from Syria- and my cat Nerquez, a stray cat that I adopted.

In Skaramagas I now have a roommate in an Isobox container – similar to a construction house – and I am somewhat better but there are still deficiencies and I’m still eating badly.

In addition to this situation, there is no security in these refugee camps, there are problems between refugees and the police do nothing. On one occasion my mobile phone was stolen at the point of a razor.

The medical assistance is very poor, I got sick twice and the doctor didn’t give me anything to alleviate the pain, he only told me to drink a lot of water. 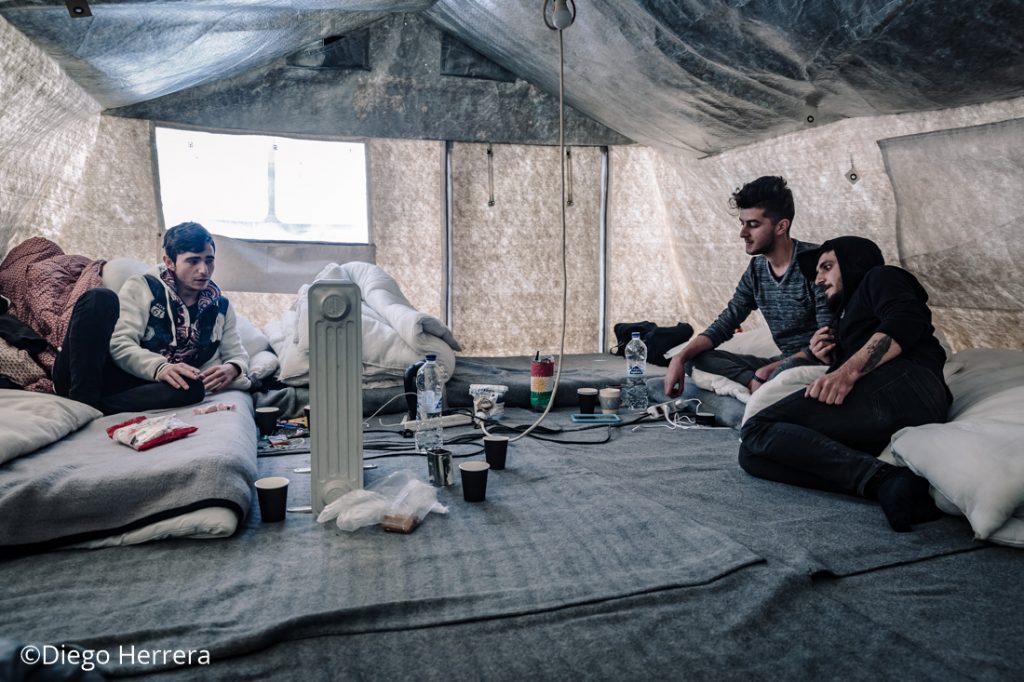 Q: What do you do daily?

R. When I was in Lesbos I slept for many hours and I used my mobile phone for entertainment, now that I’m near Athens I’m going to work in a sewing company to collect money so I can go to another country.

Q: What about the local population?

R. I haven’t had any problems with them, they don’t interfere in my daily life.

R. If I continue here I have no future, but if I go to another country, I will work and help my family. I am a human being, I have dreams.

Q. What is the solution to what refugees experience? What would you say to people who don’t want immigrants in their country?

R.  Europe claims to have humanity. Is this its humanity?

I don’t want money or even housing. I just want a residence so that I can work, help my family and have a decent future. If Greece cannot ensure decent living conditions for refugees, why not let them go or send them to another country? If other countries do not want us either, why should they not sleep in my country, Syria? It is really difficult to be an unwelcome person elsewhere in the world. When the war in our country is over, we will come back. We do not want to stay in a country that is not ours. Today I live in a refugee camp, I don’t know what will become of me, I don’t know what the future will bring me, I only know that I am a human being, I have dreams, I have goals and I have the right to live with dignity. 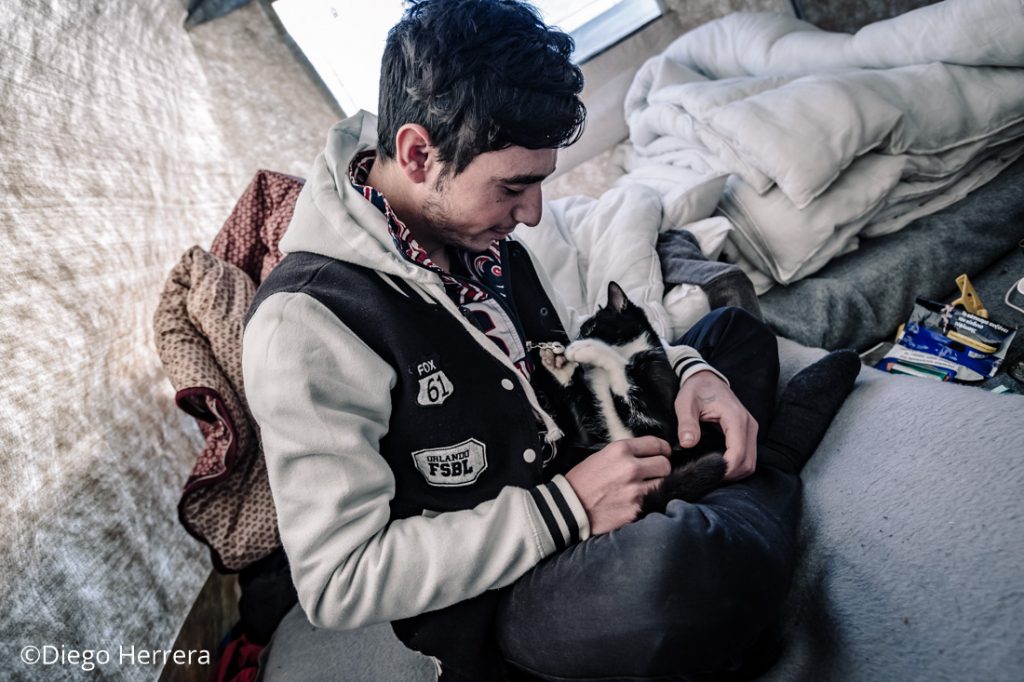